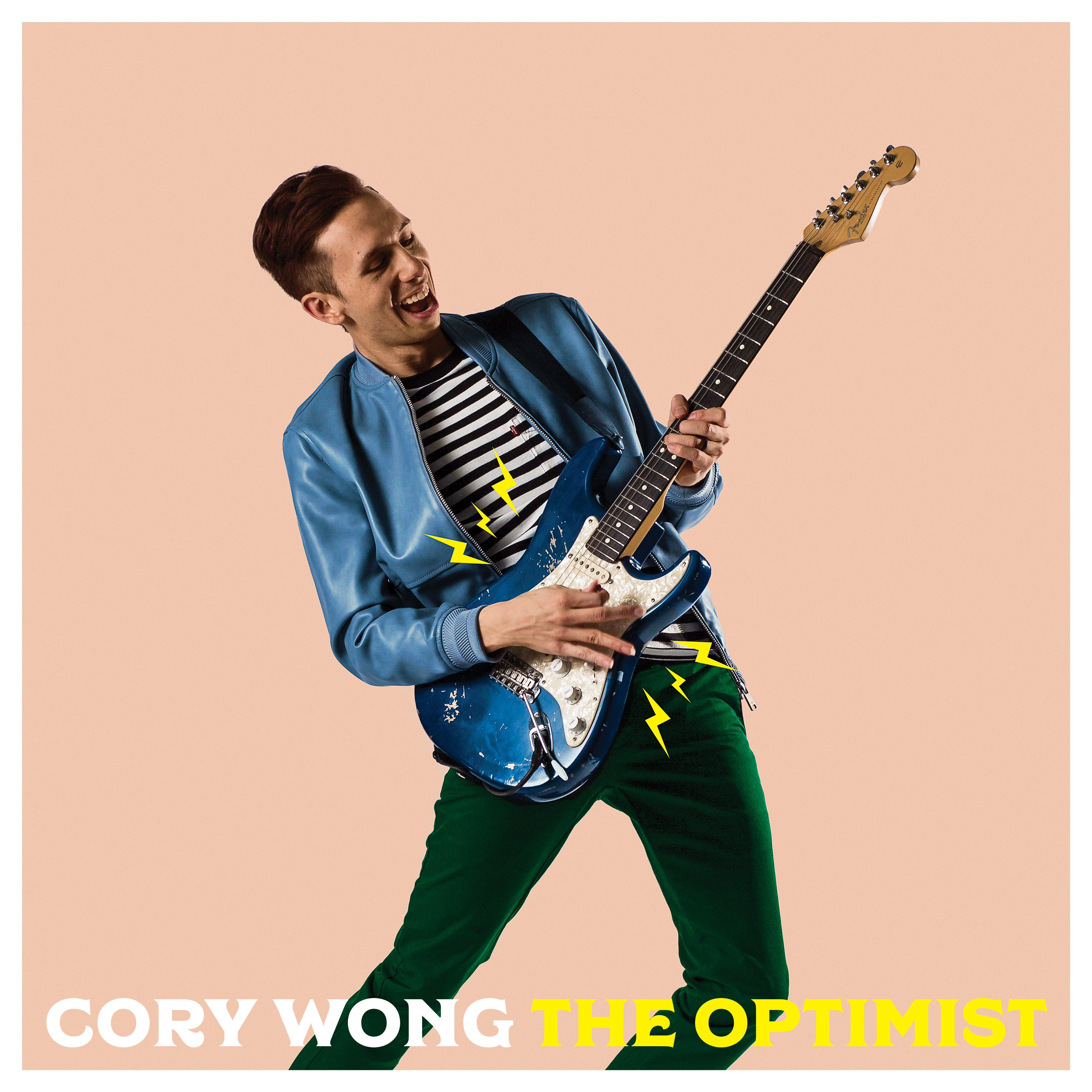 For Immediate Release:
Today is the day. Less than six months after his debut solo LP, Cory Wong  has released a second body of work, this time entitled, The Optimist. “I’m so stoked about this new record,” says Wong. “I wanted to share the part of my personality that keeps a positive and optimistic outlook on circumstances and life in general; I felt like this collection of songs really captures that vibe, and the collaborations and writing process really had a lot to do with that.”Recorded over six collective days across three sessions, The Optimist features a plethora of guest artists such as Sonny Thompson and The Hornheads from Prince’s band, Antwaun Stanley of Vulfpeck, Robbie Wulfsohn of Ripe, Ben Rector and many more. In detailing his seemingly optimistic approach to the recording process, Wong shares, “For most of the sessions, I booked them a few days in advance without any songs completely finished. I rifled through my voice-memo song ideas on my phone and picked the ones I wanted to elaborate on. What I ended up getting were a lot of raw instincts from myself as a writer, and also the instincts of the band playing with me.”

Exhilarating album opener “Jax” finds The Hornheads in peak form, complementing Wong’s smooth-as-butter groove with punchy fills and breaks, while the soaring “’91 Maxima” pairs them with folk elder statesman Joe Savage, who gets trippy with his jaw harp and pedal steel. “He’s been a legend in the Minneapolis music scene for a while,” shares Wong in regards to Savage. “We did a folk music gig together a few months back when I was working on this album, and by the end of the gig I was thinking to myself, ‘woah, what if I added this pedal steel and jaw harp thing to one of my tunes…that could be really cool.’ In the end, he played on three of the songs and brought a fun sonic element to the songs that I feel gives it a unique fingerprint.”

Though much of the album is instrumental, guest singers are peppered throughout the collection, bringing additional emotional depth to Wong’s acrobatic compositions. The elastic “Light As Anything” features soulful vocals from Ripe frontman Robbie Wulfsohn, while Vulfpeck singer Antwaun Stanley lends his considerable pipes to the aptly named “Jumbotron Hype Song,” and KATIS adds a charming breeziness to the bouncing “Juke On Jelly.” In Wong’s own words, “All in all, I’m excited about this record because it was also such a community building thing. I worked with so many people of different age/cultural/musical backgrounds that it really captured something fun.”

Additionally, as he did with his debut, Wong filmed each of the sessions and captured his remote collaborators recording in front of green screens so that he could dub them into a series of accompanying music videos. Deliberately campy, the videos play out like old public access television shows captured on VHS tape, the kind of intentionally dated programming that would fit right in with the current lineup of Adult Swim. In addition to being wildly entertaining, the videos allow for Wong to make his concerts true multimedia events, with the green screen footage of his guest vocalists and collaborators projected onscreen to accompany the live band.

Hailed as a “multifaceted” artist by NPR and “the most famous Minnesota musician you’ve probably never heard of” by The Current, Wong’s most recognized for his thrifty guitar work with Midwestern funk heroes Vulfpeck.

Cory Wong is currently on tour through select U.S. cities and heads to Europe later this fall. Find a full list of dates below.

For More Information on Cory Wong, or to Request a Review Copy of The Optimist, Please Contact: