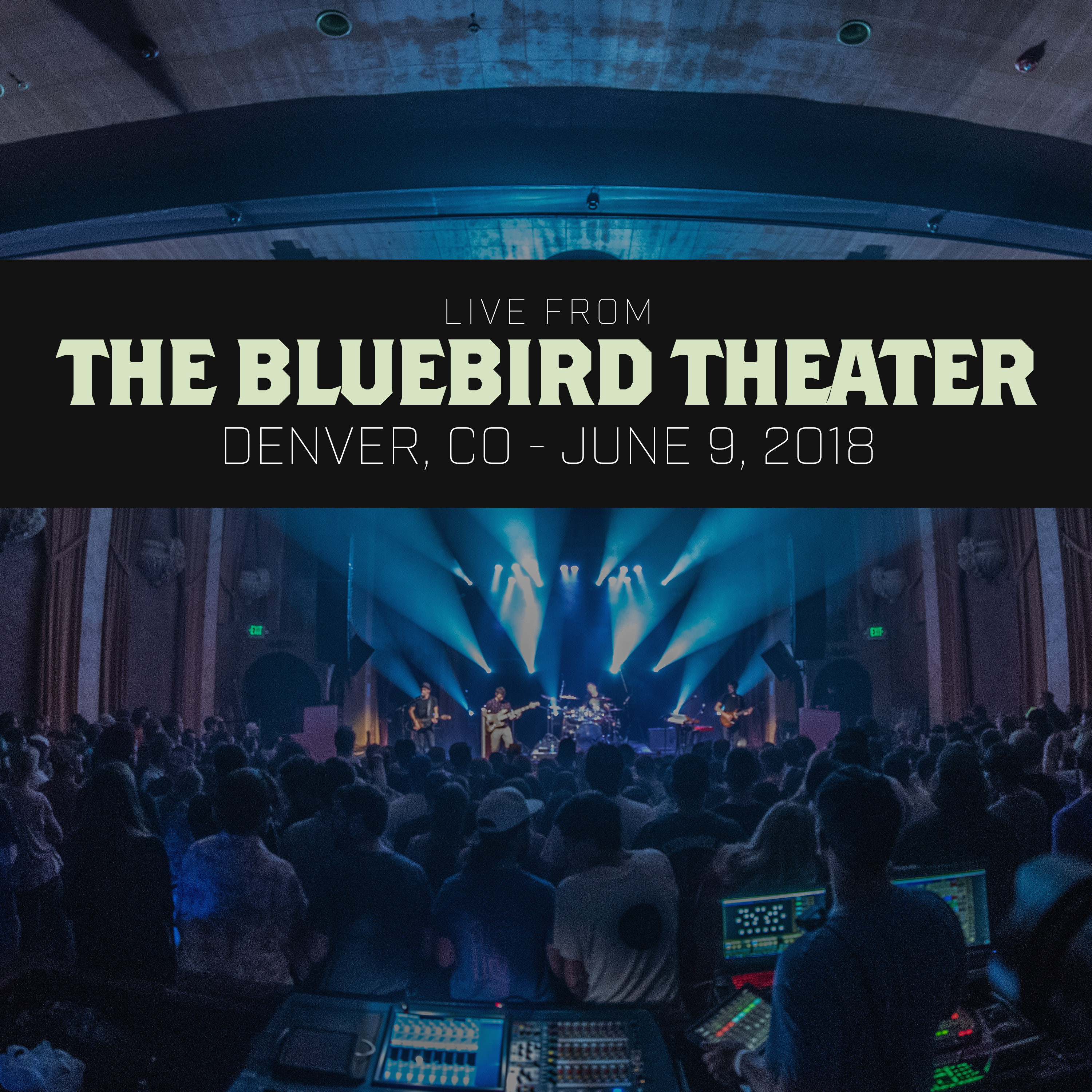 “Our show at the Bluebird was one of those rare nights where everything totally clicked,” recalls Mike Gantzer of Aqueous, regarding their breakout June 9th, 2018 performance at the famed Denver theater. “The band was riding a wave of synergy, the setlists were a blast, and we had a sold-out crowd in front of us at this wonderful theater in Denver–it was just a beautiful evening and there was a little bit of magic in the air. The fan response to these sets was overwhelming.”

Until today, the show was only available to those with a nugs.net subscription, but the band wanted to commemorate the extra-special evening and offer the performance as a true live release. Live From The Bluebird is now available on all digital streaming platforms, including AppleMusic & Spotify.

Aqueous has been touring relentlessly this year, but fans who follow the band have grown to expect the unexpected from the Buffalo four-piece. At this past Summer Camp Music Festival, the band stunned a late-night crowd with a very rare cover of Oysterhead‘s “Pseudo Suicide’ [full video here], and at the June 9th Denver show, Aqueous busted out a Pink Floyd cover of “Fearless” [full video here], teasing the forthcoming Nightlights Music Festival set alongside Chuck Garvey (moe.), Eli Winderman (Dopapod) and Matt Kellen (Mungion).

Last weekend, the band gave their debut performance at Electric Forest, one-upping even themselves by dawning a brand new cover of Led Zepplin‘s “No Quarter” [listen/share here]; as they prepare to return to Rothbury, MI this weekend, who’s to say what can be expected, other than the unexpected.

Catch Aqueous on the festival circuit this summer. Find a full list of upcoming dates below.